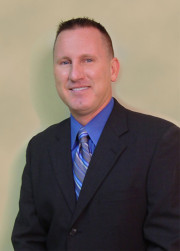 Scot A. Newell offers more than two and half decades of design experience and accomplishments. Born and raised in Jacksonville, Florida, his first creative expression was in the theater. He was an integral part of the Bolles School performing arts scene and continued his endeavors on a full theater scholarship to Millsaps College in Jackson, Mississippi. After being accepted to the prestigious American Academy of Dramatic Art, in New York City, he not only honed his skills in the performing arts, but excelled in lighting design, set design and production design as well.

After many years of working Off-Broadway in numerous productions, Scot was introduced into the world of architectural lighting and interior design. Numerous cabarets, theaters, art galleries, restaurants, corporate offices and retail spaces began employing his design talents to either re-invent or conceptualize their interior spaces. Space planning and merchandising came naturally. Concepts sprang forth with ease and dramatic lighting only added to the design.

A chance meeting led to a move to Cape Cod. What was meant to be a three-month project led to eight years of residency in the most popular town of the outer Cape: Provincetown. His reputation for retail design spread quickly, and soon Scot was “the” sought after design talent for retail spaces up and down the busy streets of this historic town. No less than ten of the major retailers in the heart of the commercial district employed Scot as design coordinator, head of merchandising and/or head of visuals. This is not to mention the several residential projects he oversaw while on the Cape.

Fourteen years ago, Mr. Newell relocated to Fort Lauderdale, Florida, and has turned his focus towards developing his skills for interior design. Recent projects have included a high-end children’s toy store in upstate New York, a unique adult-themed store in Fort Lauderdale and a high end apparel boutique in Wilton Manors . Scot has not limited his endeavors to commercial projects. Just within the past year, he has designed and overseen the renovation of three residential properties, two of which were for repeat clients.

Throughout his career, Scot Newell has had the opportunity to explore and establish a strong foundation in the design field on both small and large-scale projects. The scope of his experience has spanned commercial and residential clients alike. This coupled with his ability to interact with clients and contractors, his fun-loving manner and ability to “create on the spot” make him an asset to the design community.